Durness in North West Sutherland is a crofting village set on a limestone outcrop, which was formed 480 million years ago during the Cambrian era.

The green fields contrast with the surrounding heather covered peatlands and mountains; giving a rich diversity of plant, bird and wildlife. In addition its numerous fine sandy beaches, dunes and cliffs are an endless source of interest and beauty. There is evidence of very long term occupation in this fertile area dating back to the Bronze Age. The old church at Balnakeil was originally built as a Celtic Foundation.

There is a Countryside Ranger based in Durness who provides regular informative walks in the area.

You can take a short ferry trip and bus ride to Cape Wrath, the most North Westerly point on the British Mainland. There you can see the Clo Mor cliffs with their spectacular bird life.

Smoo cave is a large sea cave on the beach, accessible at all times with a waterfall into an inner chamber and when conditions are suitable you can take a short boat trip into the inner cave system.

In the village there is the John Lennon Memorial Garden

Durness Past and Present 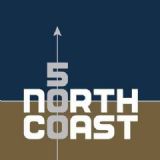